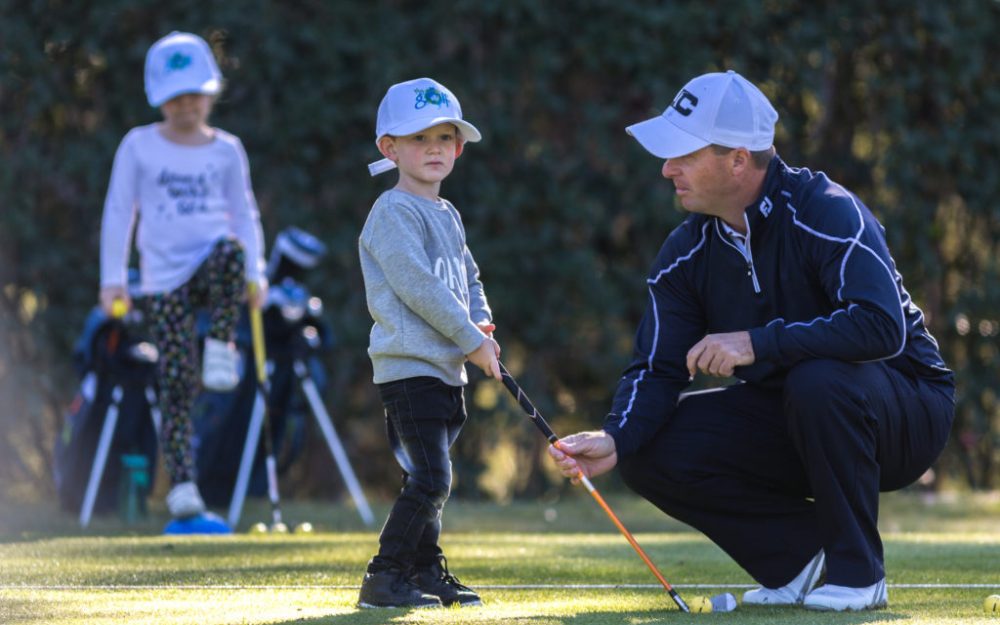 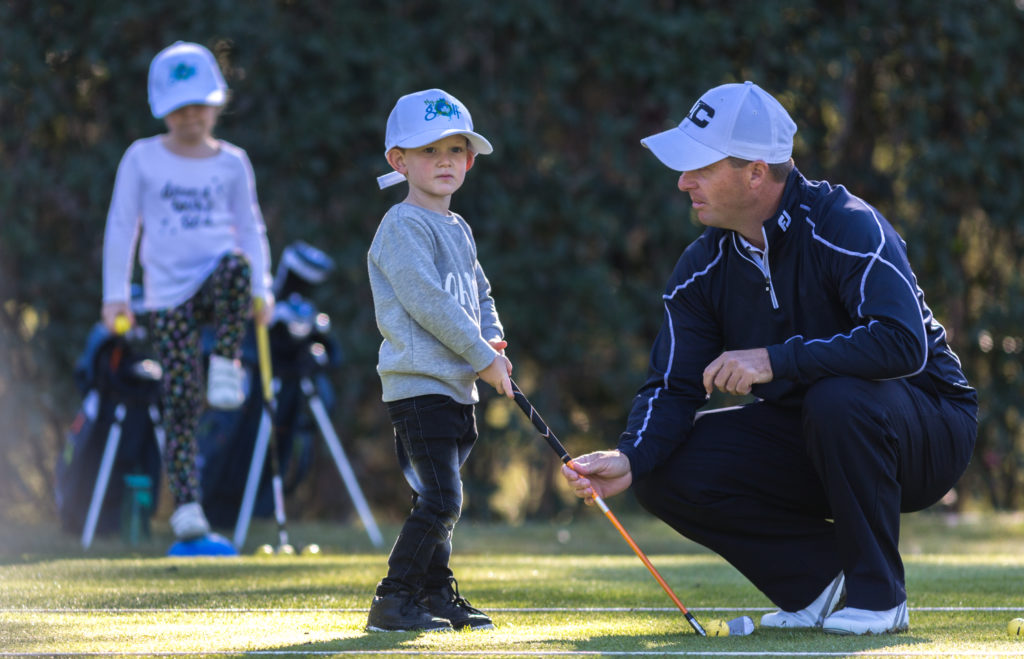 John Collins has been a fully qualified golf professional for just over 11 years and is one of south-east Queensland’s most sought-after golf educators. Having completed his traineeship at the Royal Queensland Golf Club, John has remained focused on aiding golfers of all ages and skill levels in achieving their goals on the course.

Before his coaching career took off, John was a frequent name on the leaderboard of the Australasian golf circuit and the Gateway Tour in the United States. It was during these competitive years that John gathered an abundance of experience and picked up on some key lessons given to him by some of the greatest golfing minds in the game.

This formula for success, developed by John during his time as a PGA professional, is something that he imparts onto all his students at Brookwater. Thus, being named the MyGolf Deliverer of the Year in 2016 was a befitting recognition of John’s contributions to junior golf in Brookwater. 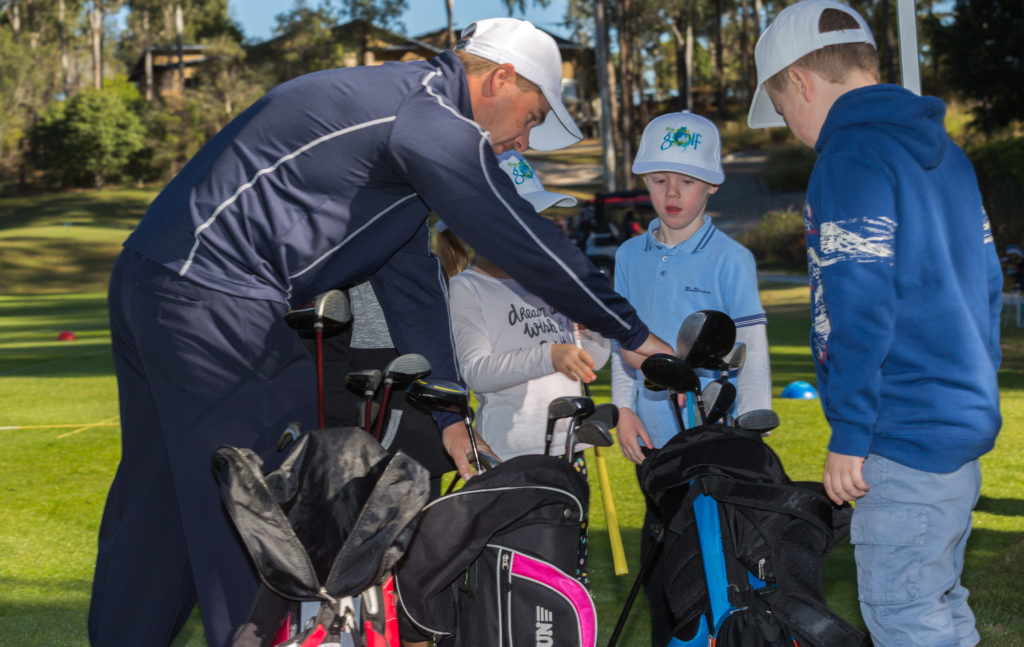 Since initiating the program, John has been able to grow Brookwater’s MyGolf program from 25-30 registrations across different skill levels, to 40-45 junior golfers per term. A highlight of the program was an all-expenses paid for trip, for the registered MyGolfers and their parents to Royal Pines on the Gold Coast for a behind-the-scenes tour of the Australian PGA championship tournament.

John is committed to providing these extraordinary experiences for his junior and adult students alike and to immerse them further in the game of golf. But it all starts with hours he commits to delivering the best golf tuition possible.

Instruction from John is available on the range from a half-hour to an hour’s training through to full game improvement packages. These packages that allow John to operate at his highest capacity, transforming your short and long game techniques in addition to assessing your golfing routines and performance while on the course.

John is an in-demand commodity throughout the golfing circles of south-east Queensland. His easy-going personality and golfing expertise make him the ultimate instructor. So, if your wanting to take your golf to the next level in 2018, make sure you book your next golf training session with John Collins to realise your potential. 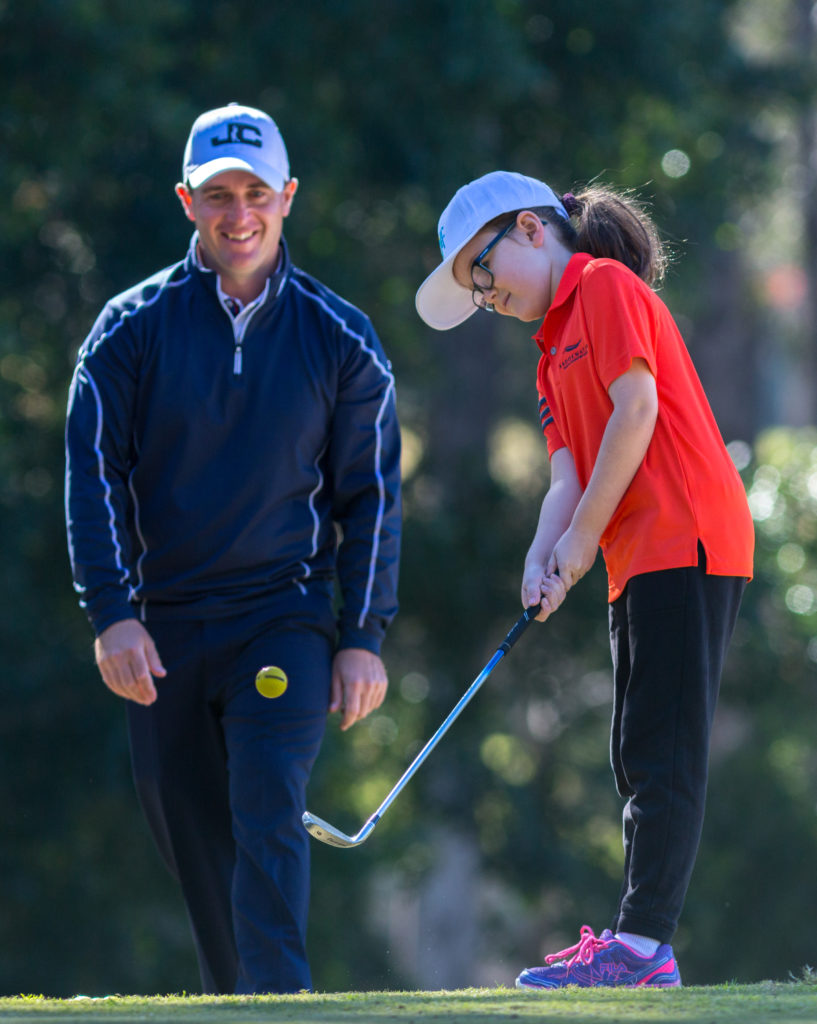